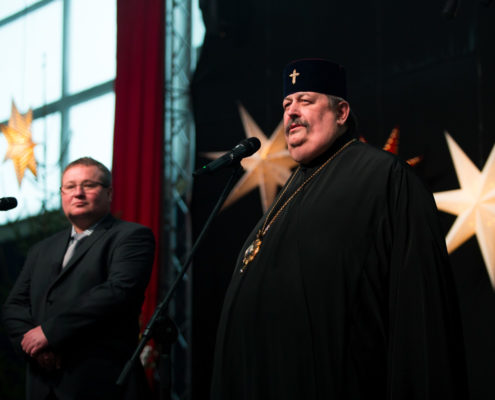 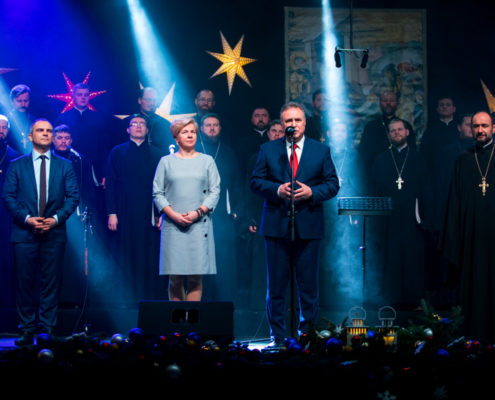 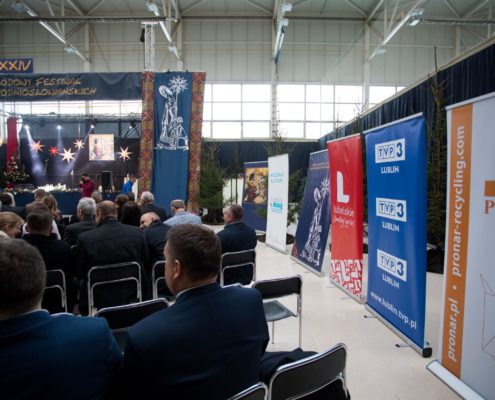 24 International Festival of East Slavic Carols, organized for 24 years in Terespol, certainly has been permanently included in the calendar of the most important cultural events of Poland, the Lublin and Chelm and the cities and municipalities of Terespol.

As every year, on the last weekend of January, choirs and carol bands from four countries came to Terespol: Poland, Belarus, Ukraine and Russia. Nearly 600 performers presented themselves on stage, admired by a large audience. In this year’s 24th edition nearly 56 choirs expressed their willingness to participate, of which the Chapter selected 27 performers.

On the first day before the Terespol audience, Christmas carols and pastorals were presented by the following artists: Vocal Band “Omofor” of the Rural House of Culture in Nowe Zosimowicze, Youth Choir of the Orthodox Parish of The Dormition of Mary the Theotokos in Bielsk Podlaski, Children’s Folk Band “Zhavoronki” of Cossack Center “Koshav-Gora” in Kumylzenska Stanica, Youth Choir “Vozrozhdienije” of the Municipal Cultural Center in Homl, Chamber Female Choir “Barvy” of State Music School in Lviv, Folk Band “Kamyshinka” of the Russian Heritage Institute in Moscow , Folk Band “Valachobniki” of the Belarusian State University of Culture and Art in Minsk, Chamber Choir of the District House of Culture in Lutsk, Female Vocal Band “Voce del cuare” of the Belarusian State Music Academy in Minsk, Youth Choir of the Orthodox Parish of st. Maria Magdalena in Warsaw, the Band “Taukachyki”of children’s music school in Kobryn, the Band “Zuravina” of the Children’s School of Music in Kobryn, Choir of All Saints’ parishe in Minsk, People’s Female Choir “Lira” of Lviv Ivan Franko National University in Lviv, Academic Choir “Cantus Juventae” of the Minsk State University of Linguistics in Minsk.

This year’s edition of the Festival was also accompanied by additional events: an exhibition of nativity scenes, a folk cutout and a presentation of the Project “East Slavic cultural heritage – maintenance, renovation and digitization of wooden churches and their equipment in Malopolska, Podkarpacie, Lublin and Podlasie”.

The International Festival of East Slavic Carols is a meeting in which all participants – through the performed works – praise the Newborn Christ, thus continuing the beautiful East Slavic tradition of caroling. The experience of the performances was facilitated by the beautiful outfits characteristic of the region of origin of the band. The co-organizers consistently emphasized that the Festival unites those coming to Terespol, regardless of religion or beliefs. The XXIV International Festival of East Slavic Carols in Terespol is behind us. On behalf of the organizers, today we cordially invite you to next year’s jubilee 25th anniversary. edition of this great event. 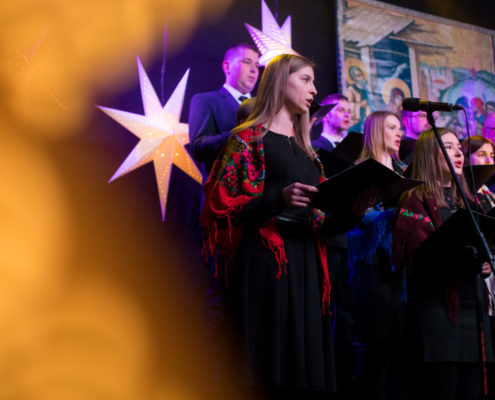 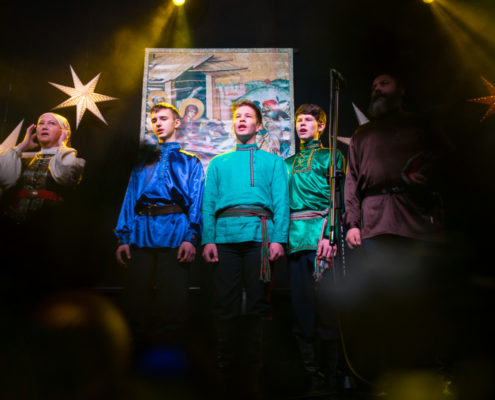 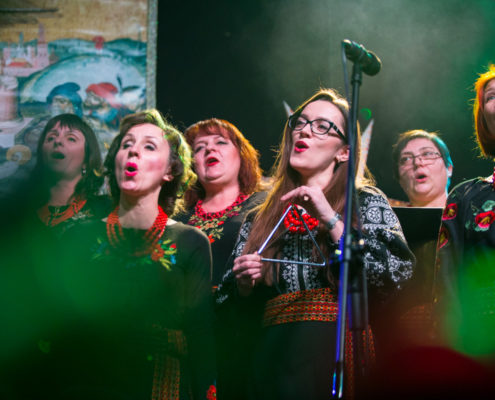 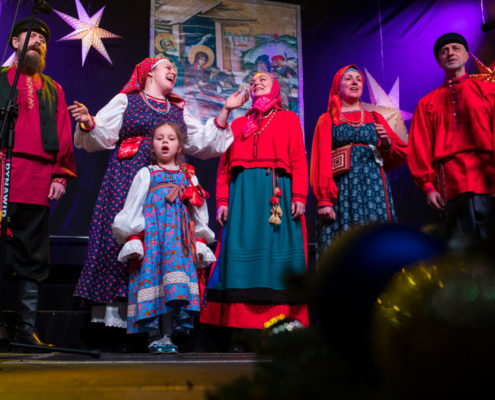 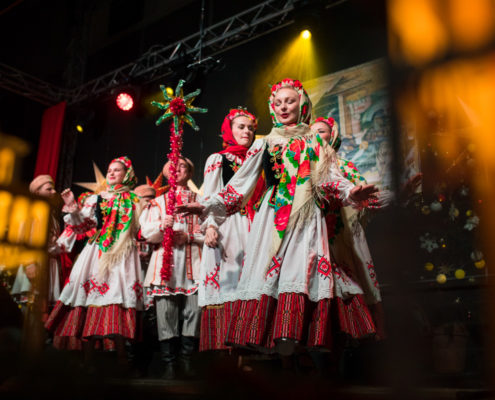 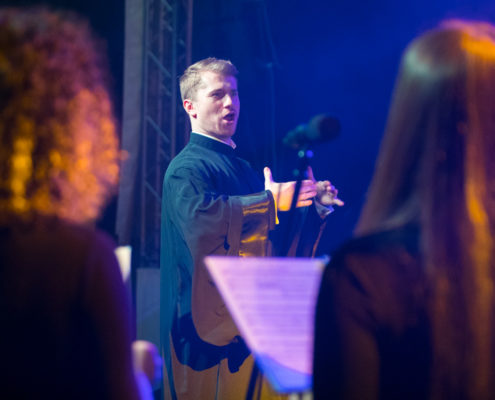 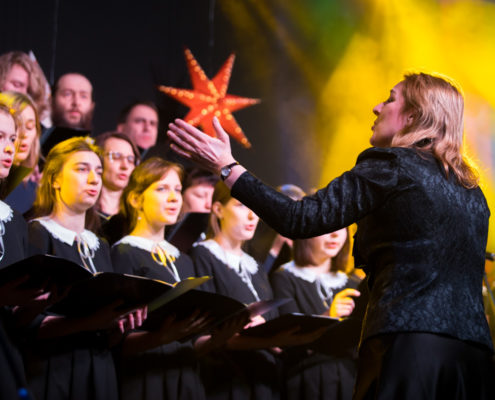 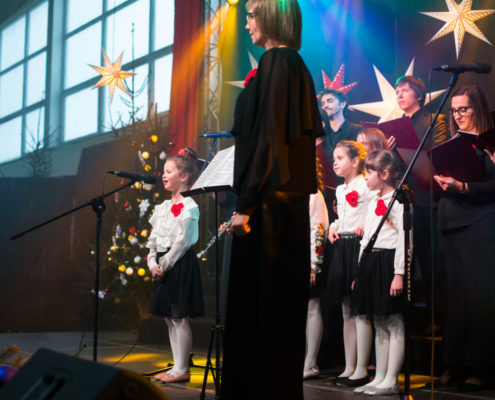 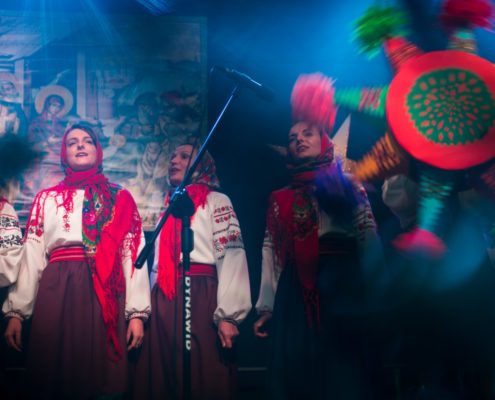 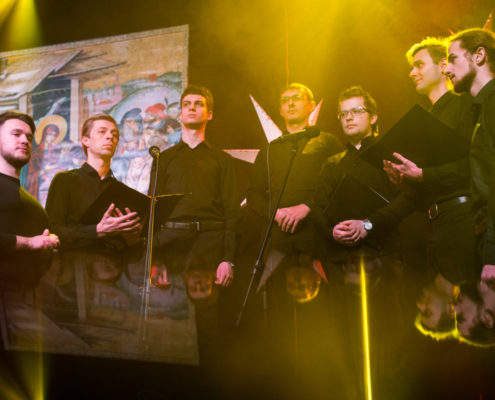 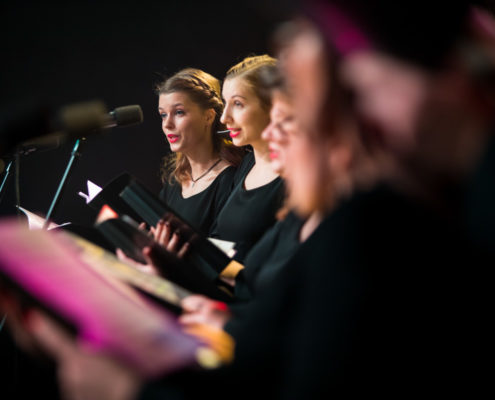 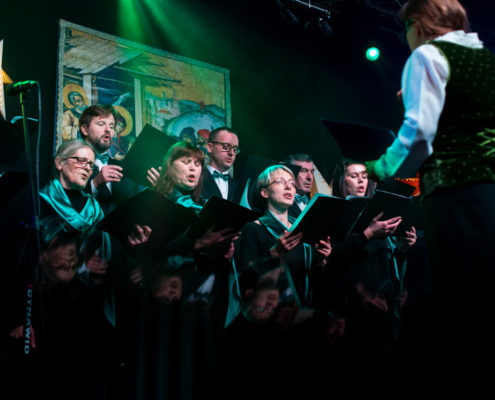 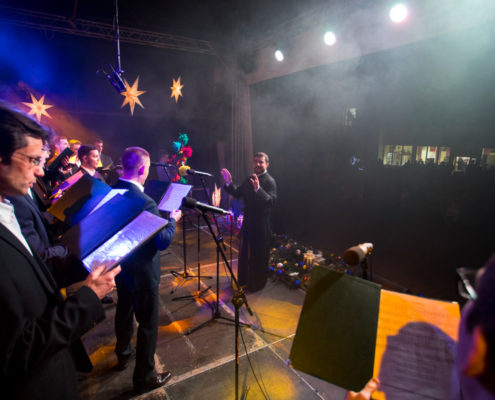 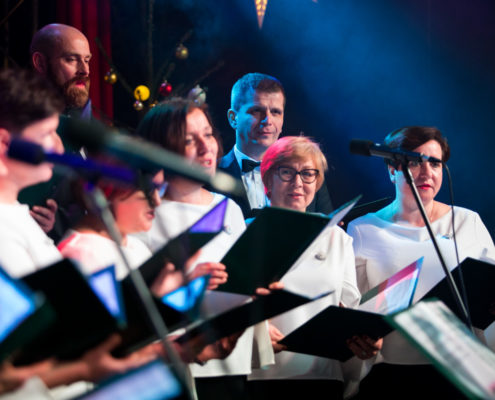 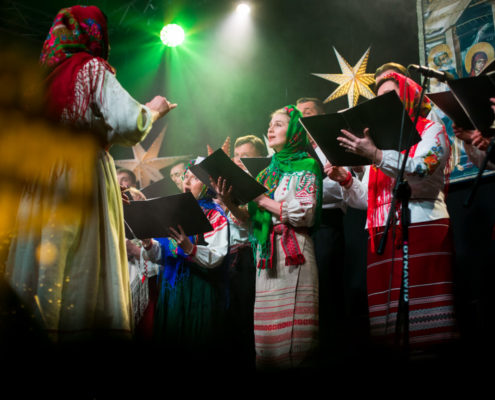 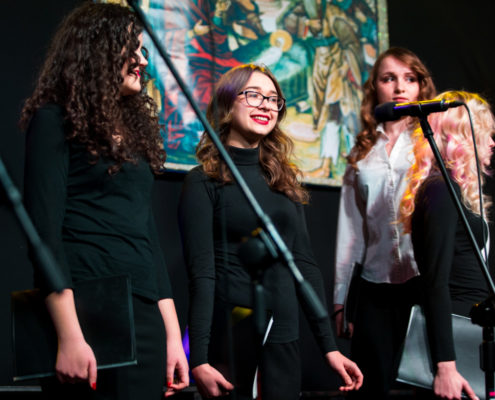 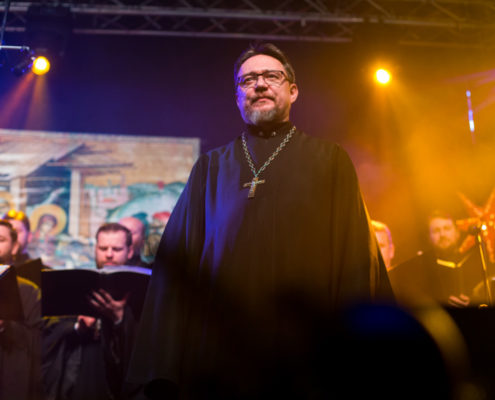 The XXIV International Festival of East Slavic Carols was funded by the Minister of Culture and National Heritage.