17 At the 17th International Festival of East Slavic Carols, which took place in Lublin and Terespol on 27-29 January, 36 choirs and bands, or more than 750 performers, were presented.

Choirs from Belarus, Poland and Ukraine met at a joint caroling. The festival audience not did disappoint. Three days of caroling in both cities gathered more than 1,500 people. Traditionally, the opening of the festival in Terespol was made jointly: Archbishop Abel, Primate of the Lublin-Chelm Orthodox Diocese and Jacek Danieluk, mayor of Terespol. The 17th MFKW was organized with the blessing of Archbishop Abel. The guests of the festival were: Bishop Artur Mizinski – auxiliary bishop of the Lublin Archdiocese, Aleksander Sosna – Religious Affairs Adviser of the President of Poland. Aleksander Lozicki – Consul General of Belarus in Biala Podlaska, Wladysław Kaniewski – Consul General of Ukraine in Lublin, Stavros Palivontas – Director General of Doxakis Tours (Greece), representatives of local authorities, uniformed services, education and clergy.

MFKW combines tradition with modernity, comprehensively presents the richness of trends of the East Slavic carol tradition. This year, on the Terespol stage during two days of festival auditions, the bands presented various forms of caroling. A great example of combining tradition with modernity was the performance of the band “ILO&friends”, performing music from the borderline, of acoustics and electrical sounds, together with the folk band “Rozspiewany Grodek”,(Sung Gródek) from Grodka. The Lemkov tradition of caroling was brought closer to the Male Chamber Church Choir “Kliros” from Gorlice. The family choir operating at the parish at the monastery in Suprasl joined several generations in a joint caroling. Traditional orthodox singing was brought closer to the parish choirs from Bialystok, Bielsk Podlaski, Kielce, Kobylany,Miedzylesie, Siemiatycze, Slawatycze, Terespol, Zablocia and the BMP choir of the Lublin-Chelm Diocese. The beauty of local Polish-Belarusian-Ukrainian Christmas folklore on the borderland was colorfully presented by choirs and children’s, youth and adult band, operating at schools, universities and cultural centers (Garwolin choir; vocal band of The Private Primary School of Sts. Cyril and Methodius of Bialystok; “Vervoczki” of Orla; “Canon” from Lomazy; “Sacrum” from Lublin; “Tutejsza szlachta” (“Local nobility”) and “Wierasok” from Minsk; “Zgoda” from Brest; “Poleskieje Pierezwony” from Kobrin; the band of the Grodno Music College; “Lira” and “Legend” and “Znachidka” from Lviv). 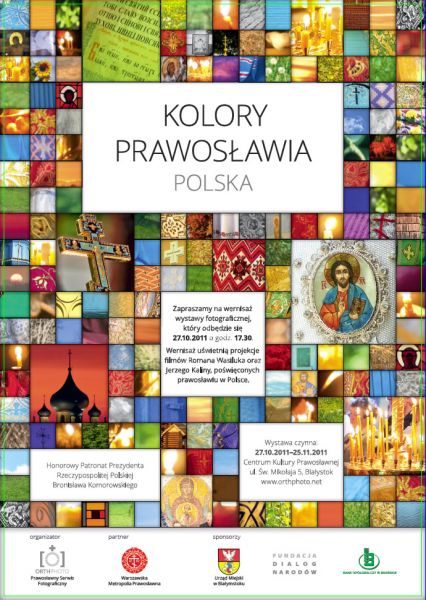 During the festival auditions in Terespol, a photographic exhibition was presented“Colors of Orthodoxy”. Poland, which was created from a rich collection of photographs of the ORTHPHOTO.NETservice. The exhibition is a themed journey about the colors of Orthodoxy in Poland, seen with a lens and heart at the same time: the colors of the many and urban churches, the colors of Christmas and daily religious rites, colorful and respected figures associated with Orthodoxy. The honorary patronage of the exhibition was taken by the President of Poland Bronislaw Komorowski.

All choirs and groups that performed at the 19th edition of the festival can be listened to on the website orthodox.fm – Orthodox Media Portal of the Lublin-Chelm Diocese … 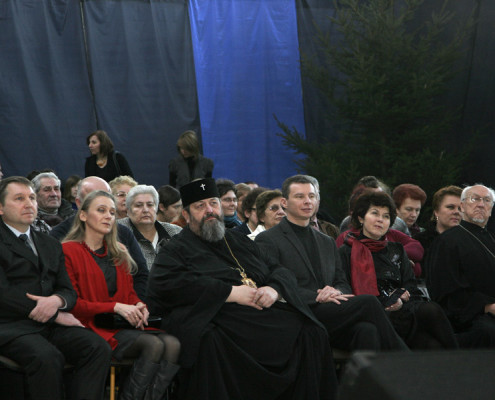 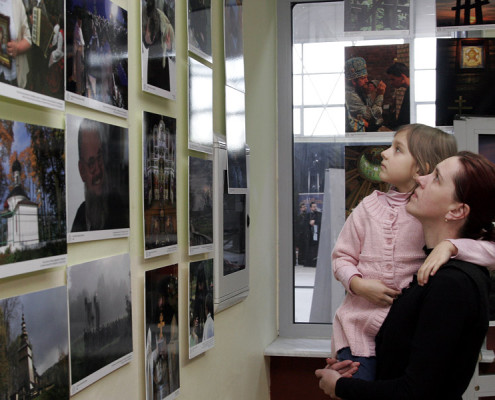 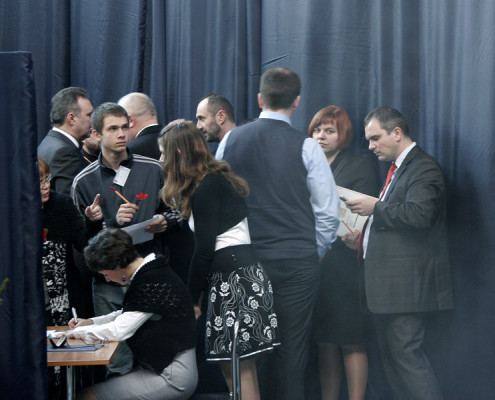 Festival seen from behind the scenes

Anna Jawdosiuk, who was a announcer at the 17th edition of MFKW, talks about the work behind the scenes of the festival.

The work in the festival office continues all year, when the 17th edition of the East Slavic Terespol caroling was over, the organizers were already making adjectives for the following year. And this year brought a few surprises. “Oh na mori, oh na mori mori…” sang Ilona Karpiuk (ILO&friends), played her bass guitar, drums and accordion, all in rock rhythms, and was accompanied by ladies from the folk band “Rozspiewany Grodek”. This unusual caroling project called “Szczodry Wieczar Dobrym Ludziam” combined electope-acoustic sounds with the folk tradition of caroling.

Moving on to a completely different side of musical aesthetics, it is worth recalling the performance of the band “Tutejsza szlachta” from Minsk. The sound of cymbals, white singing, Renaissance Belarusian songs, stylized costumes from the era moved us to the times of the Grand Duchy of Lithuania and the Crown. In both Lublin and Terespol, the band presented traditional Carols of the Belarusian nobility, today often forgotten melodies and words that artists try to save and spread.

Another caroler who aroused vivid emotions among the Terespol audience was the Family Choir of the Parish of Suprasl. The conductors, pr. Dimitr and Miroslawa Tichoniuk managed to engage in caroling together (but also attending church services, concert performances) generations from the most unruly little ones to their parents. The choir presented family energy in the scene “Before Caroling”, on the stage there were snowballs, a snowman, a star and the carolers themselves, who sang one of the most popular Christmas carols in Podlasie (the most popular among children) – “Sviataya Warwara”.

The Festival in Terespol is also a time of a kind of test for the Orthodox parish choirs of the Lublin-Chelm Diocese. A worthy highlight was the performance of the Orthodox Parish Choir of the Covering Veil of Mary the Theotokos in Kobylany, where the new conductor Natalia Iwaniuk is a continuator of the rich tradition of local orthodox melodies, achievements of long-time psalmist Piotr Lastowski. The Choir of the Orthodox Parish of The Covering Veil of Mary the Theotokos of Slawatycze under the direction of Ewa Wasilczyk charmed the audience with a performance of resolute young artists, who, despite their age, can boast of a rich achievement. Perhaps the most popular Orthodox Carols from Chelmszczyzna, Lublin and Podlasie sounded in a performance of the choir of the Orthodox Parish of St. Anna in Miedzylesie under the direction of Rafal Dmitruk, who debuted in this role.

And so you can exchange endlessly choirs that performed on the Terespol stage, and there were more than 30 of them (out of 50 entries), carols that presented, the quantities not count, but the most important thing is that once again in Terespol we met to praise God together, enjoy His Nativity and the promise of the salvation of all mankind. And now we are waiting for the 18th edition …