I Review of Caroling Choirs – Terespol 1996

It was late autumn 1995. Father Aleksy Andrejuk, then pastor of the Orthodox parish in Terespol, called Krzysztof Krol, director of the Municipal Cultural Centre in Terespol, and asked for a meeting. During the hours-long conversation, the idea of organizing a christmas carol evening was born, which was eventually called a review of carol choirs. Father Alexy, now colonel and dean of the country’s air and defence forces in the Orthodox decree of the Polish Army, remembers this:

In our discussions with director Krzysztof Krol, we have often emphasized the need for greater cooperation. The city of Terespol lacked an event that was innovative and at the same time integrated the environment. One November evening in 1995, in an conversation with K. Krol, we came up with the idea of organizing a one-day evening of Christmas carols, which would specifically refer to the multi-faith character of South Podlasie, taking into account the tradition of the Orthodox Church.

The tradition of caroling often disappeared in these areas, and with it went away in obpreservation old carols and customs associated with it. We didn’t want professional choirs to perform on stage, but that the performances were simple people, for whom the notes for singing are their faith and soul. Their simplicity was to give the beauty of christmas carols and caroling. At the same time, we believed that such singing would mobilize the choirs of each parishes to work even more hard, which would have positive effects on the whole liturgical life. Our initiative was welcomed and blessed by the Orthodox Ordinary of Lublin-Chelm Diocese, his Excellency Bishop Abel and the approval of the authorities of the city of Terespol We didn’t have much time to prepare. There was also a lack of experience. But later it turned out that this was not a problem. Our initiative was also answered by people of good will who financially supported the Review of Carol choirs. 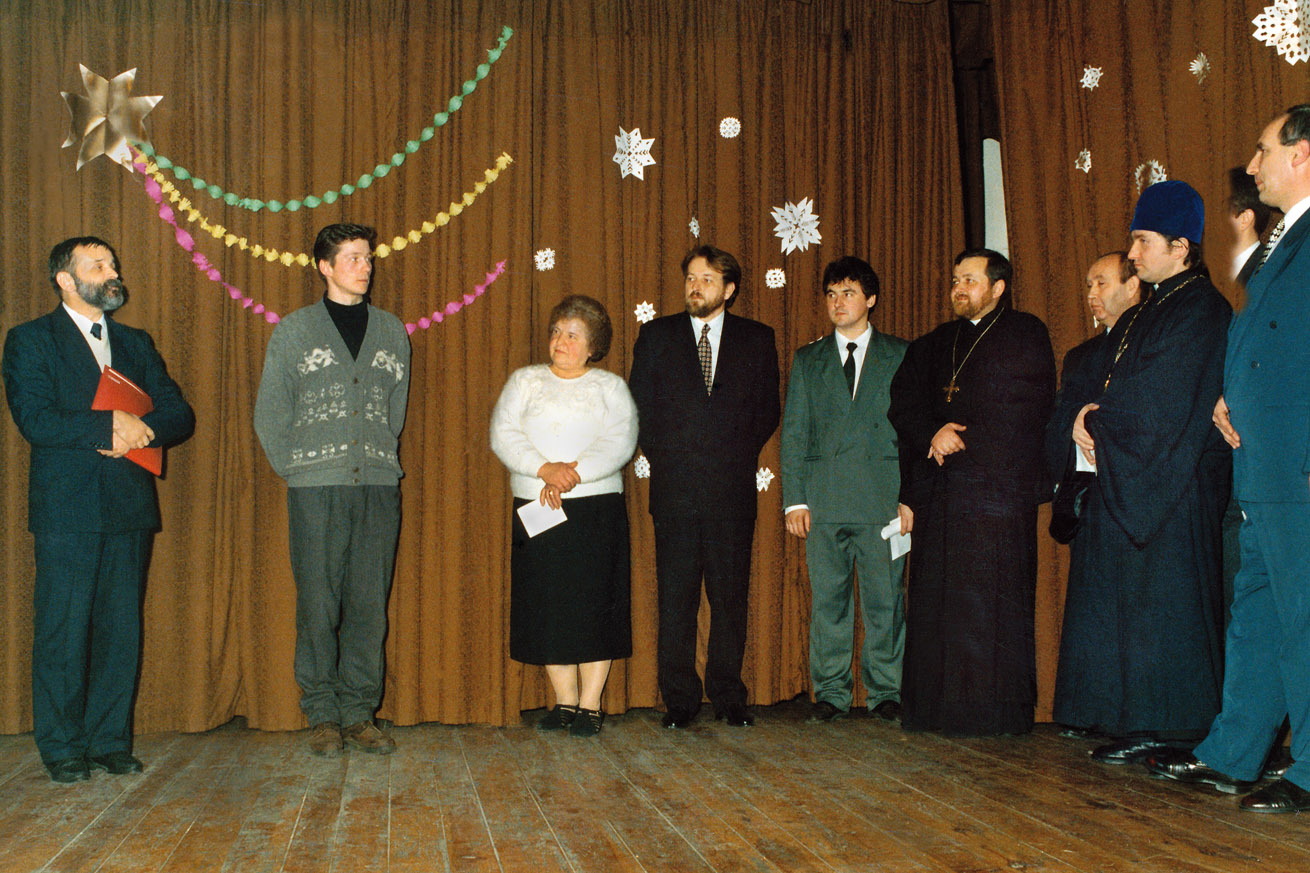 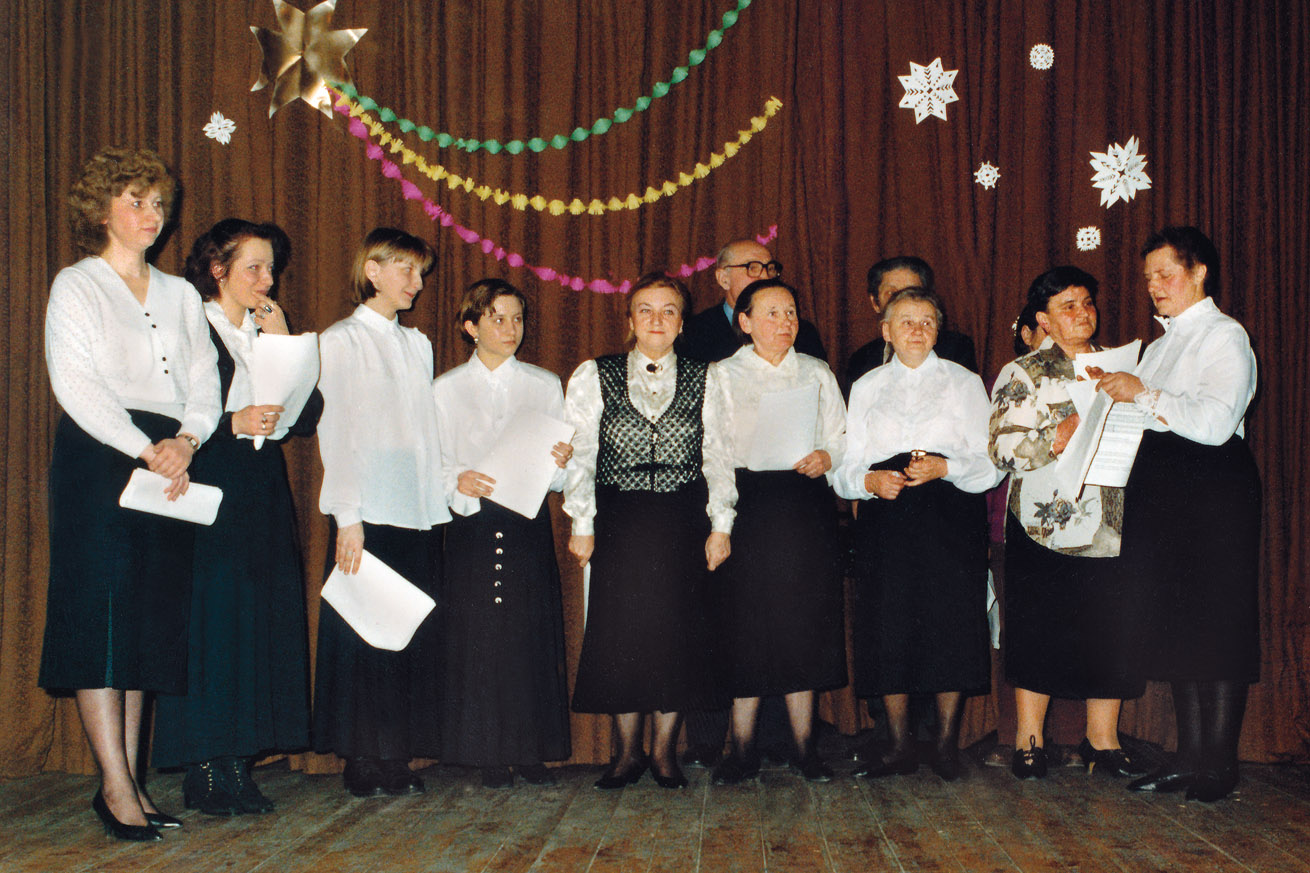 1In January 1996, the first Review of Caroling Choirs was organized. The event then lasted one day and took place in the Urbain Center of culture in Terespol. At the first review, less than ten choirs from the region presented themselves. Some of them, especially the few in the rural parishes, showed a lot of trepidament, which, of course, did not make their singing successful.

For many people, it was the first performance in their lives on stage and in front of an audience. In addition, the jurors had an additional treble. The performances of the choirs were judged by outstanding experts of Orthodox music in Poland: Dr. Wlodzimierz Wolosiuk as chairman – then conductor of the Cathedral Choir in Lublin, pr. prof. Roscisław Kozłowski – lecturer at ATCh in Warsaw, Tomasz Jezuit, music teacher in Terespol.

According to the organizers, and above all the large audience gathered, although modest organizationally and with a small number of performers, the event could like it. Lively applause, especially after the recent performance of the choristers from Lviv, confirmed the belief that the next editions of the review should be organized. The event was supported financially by numerous sponsors.

The first edition of the review was not recorded in the media, did not write a newspaper about it, did not mention the broadcast and television, but the news of the Terespol caroling spread rapidly around the Bialskopodlaskie voivodeship, reached schools and parishes and municipalities of Nadbuze.