15 XV Jubilee edition of the International Festival of East Slavic Carols was unique in all respects. For the first time, the event lasted up to 4 days. Inaugural concert in Lublin, which took place on January 29, 2010 at the Convention Center of the University of Life Sciences, more than 800 people watched. For the first time, the Festival came to Warsaw, where on February 1st in the classicist Evangelical-Augsburg Church of Holy Trinity, the gala concert took place. During the festival auditions, which traditionally took place in the Urban Center of culture in Terespol, as many as 36 choirs and ensembles from Poland, Belarus, Ukraine, Germany and Russia performed. For the first time, all forms of competition have also been waived. Festival auditions took place in a wonderful setting – on a professional stage enriched with perfect lighting, in elegant set design and with excellent sound system. All this made the listeners have a real spiritual feast, communing with the musical richness not only of East Slavic , but also from other cultural traditions. 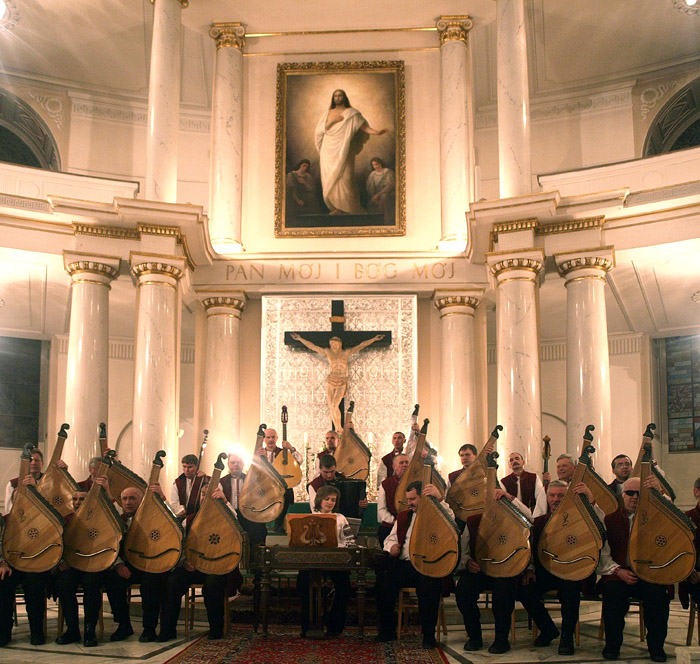 The 15th anniversary edition was also an opportunity to reward those who deserved t in the organization of the festival. At the request of his Excellency Archbishop Abel, the Minister of Culture and National Heritage of the Republic of Poland gave signs of honor to those distinguished in the creation, dissemination and protection of culture. The Honorary Badge “Merited for Polish Culture” was awarded: Anna Pietrusik – Director of the Festival, Danuta Izdebska, Col. pr. Aleksy Andrejuk, pr. Jarosław Los, regent Andrzej Boublej – artistic director of the Festival, Krzysztof Król, Ryszard Korneluk, prof. Vlodzimierz Wolosiuk, Jerzy Horbowiec and Grzegorz Szwed – president of the Foundation “Dialogue of Nations” and economic director of the Festival. The guests of honor of the jubilee edition of the Festival were: Leader of the Lublin-Chelm Orthodox Diocese His Excellency Archbishop Abel, HE Bp Mieczysław Cislo, representing the Metropolitan of Lublin – Archbishop Jozef Zycinski, HE Abp Symeon from Vinnitsa in Ukraine, Consul General of Ukraine – Oleg Horbenko. The concert was attended by numerous representatives of the government and local administration of the province and city, as well as numerous groups of the world of science and health services, the clergy of the Roman Catholic Church and other churches affiliated to the Polish Ecumenical Council, the clergy and faithful of the Lublin-Chelm Orthodox Diocese and many friends of the Polish Autocephalous Orthodox Church in Lublin.