13 The next 13th edition of the Terespol caroling was organized on January 26 and 27, 2008, as did the previous one, in the hall of the Municipal Cultural Centre. The audience was attended by many excellent guests, among them diplomats from polish consulates in Brest and Belarus in Biala Podlaska and prof. Jozef Bergier, rector of the State Higher Vocational School in Biala Podlaska. Archbishop Abel The Orthodox Primate of the Lublin-Chelm Diocese, opening the next edition of the Festival, said:

Over the course of thirteen years, the festival gathered thousands of listeners and the same number of carolers, presenting the achievements of the culture of our eastern borderland. They sing lyrics that sound in Orthodox and Catholic temples. Caroling is the common denominator of our traditions. In this auditory, residents of the villages on Bug, Catholics and Orthodox are sitting side by side. It’s a kind of Terespol ecumenism. It is a wonderful finale of the Week of Prayer for The Unity of Christians. May the Terespol caroling enrich us spiritually. May the newborn Messiah Jesus Christ bless us all. I consider the 13th International Festival of East Slavic Carols to be open.

The festival is a great Christian holiday. It gathers the faithful of the Catholic and Orthodox rite. This festival is a beautiful cultural and religious event. Terespol caroling is a celebration of Christian unity.

Rector Jozef Bergier also spoke in a similar tone: This festival allows us to cherish family carol traditions and through caroling we approach each other. In turn, Tadeusz Lazowski, the Head of Biala Podlaska region, thanked Archbishop Abel for the great Terespol work that was achieved. He also showed gratitude to the Primate for the many new Orthodox temples that were created in the District of Biala Podlaska, . and stated: This is a great promotion of our borderland. “Our pilgrimage here on earth often follows different paths.” I hope that on a heavenly journey we will go together. At the end of his speech, he decorated the Archbishop with a medal for the promotion of the District of Biala Podlaska.

After the official part many hours of caroling began.

Andrzej Boublej – artistic director, in summation of the first day stated that the 13th edition of the festival had its beginning yesterday in the Lublin musical theatre. In addition, the children’s choir from Vinnitsa toured In Bilgoraj. The artistic director admitted that the 13th edition was partly unlucky. Six choirs from abroad did not arrive. After Poland’s entry into the Schengen area and the changes to the rules on border crossing, many groups did not receive visas. Despite that first day, there were 11 bands, including four debutants. In total, more than 180 artists performed 56 Christmas carols.

On the second day, due to visa problems, national choirs dominated the stage. The Carols of both Churches were performed by: 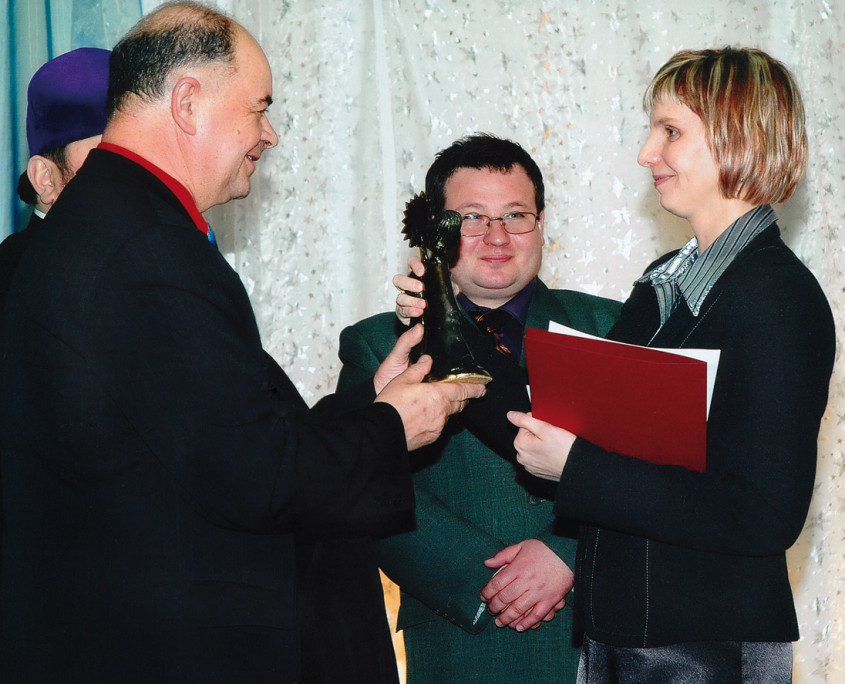 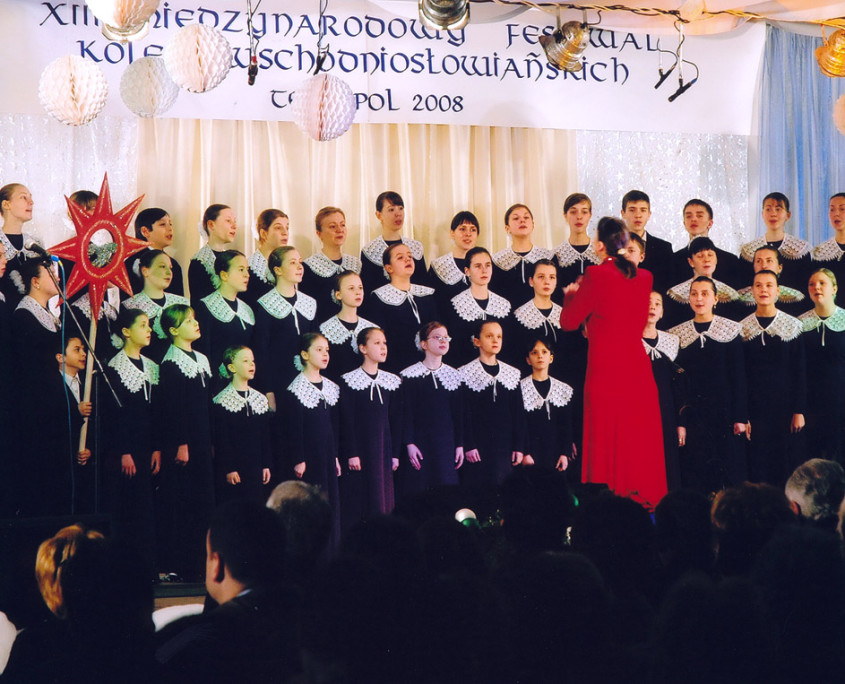 At the end of the 13th edition of the festival, Deputy Consul Jerzy Zimny from the Polish diplomatic post in Brest spoke. In his fiery speech, he spared no words of appreciation to the organizers and Archbishop Abel:

I am happy to be with you today and participate in this unique religious and artistic event. Orthodoxy came into contact with so much for good only at the institution in Brest, but theoretical knowledge I possessed from the book “Orthodoxy” to which His Excellency wrote an introduction. I am grateful to you for this lesson. This festival is an Orthodox cause for the search for unity. May other festivals take place in similar glory.

The substantive summary was traditionally made by Andrzej Boublej, artistic director of the festival. During this edition there were 22 bands, including more than 400 performers, who sang 116 Carols. Not all bands sang at a high artistic level, but they all sang with heart and that’s the most important thing. Although six choirs from Ukraine and Belarus did not arrive, this edition should be considered successful. It is pleasing that the Minister of Culture and National Heritage and the Marshal of the Lublin Region wanted to take over the patronage of the Festival.