10 X edition of the International Festival of East Slavic Carols in Terespol took place on January 22 and 23, 2005. As befits the jubilee, the organizers stood up to the task and prepared a rich setting.

Honorary patronage of the Festival included:

Immediately after the official opening, HE Archbishop Sawa appeared on the stage, accompanied by the then governor of Jableczna monastery, Archimandrit Jerzy Pankowski. The Council of Bishops of the Polish Autocephalous Orthodox Church, decided to reward the organizers of the Festival for their many years of effort and work for the Orthodox Church and awarded the Order of St. Mary Magdalene III Degree. They received it:

Here in Terespol you are doing a good religious and social cause. I hope that the moments spent in this city will be one of us all. Perhaps Jesus Christ will knock on one of us and change our lives. May God bless everyone gathered here and let him enlighten us all, especially those who govern, to direct the country well.

The group of honorees grew that day by another, most outstanding figure, and at the same time the spiritual guardian of the Festival, HE Archbishop Abel – Orthodox Primate of the Lublin-Chelm Diocese. The Minister of Culture and National Heritage awarded the badge of the Distinguished Cultural Activist, which was presented to the Archbishop by Lech Nikolski and Jozef Poterucha, Director of the Lublin Marshal’s Office. The large audience, who on the first day and on Sunday, filled the hall almost to the last place, rewarded with thunderous applause.

The applause was also spared as many as 34 choirs and ceremonial groups, who came to Terespol from different places of our country and from Belarus, Ukraine and for the first time from Germany.

The statuette, icon and diploma were awarded this time to all artists performing on the festival stage and the most generous sponsors. According to many observers and lovers of choral singing, great progress has been made this time by the village choirs:

Their progress, despite the amateur preparation of the singers, was noticeable.

The choirs sounded great on the first day of the Festival:

Although the repertoire of East Slavic carols for many performers was not yet known, they did quite well. I am impressed by the unusual spiritual feast. In Terespol, saturated with multicultural threads, an extraordinary work succeeded. These words were uttered by Istvan Grabowski, a journalist of the “Word of Podlasie”, who reported on the Teresopolian caroling, Mieczysław Lavender, one of the choristers of “Wiarus” from Miedzyrzece. In a similarly commendable tone, in the pages of the aforementioned weekly, Zofia Kowalczuk, head of the folk band “Ziemianki” from Przegalin Wielki: For the third time we perform in Terespol, because we are captivated by the atmosphere of this event and the birth of the Lord Jesus can be praised in Polish and Russian.

On the first day you could still listen to christmas carols performed by:

And here is the account of the second day of auditions as part of the 10th International Festival of East Slavic Carols in Terespol.

At an equally high level of music presented the other artists of the X edition:

The finale of the 10th edition of the Festival was indeed impressive. On the Terespol stage it appeared in uniform, representative artistic team of the Polish Army under the direction of Piotr Racewicz. The thirty-person professional male choir performed a dozen carols of both Churches, arousing admiration. The choir performing outside the competition was the undisputed star of the jubilee edition. 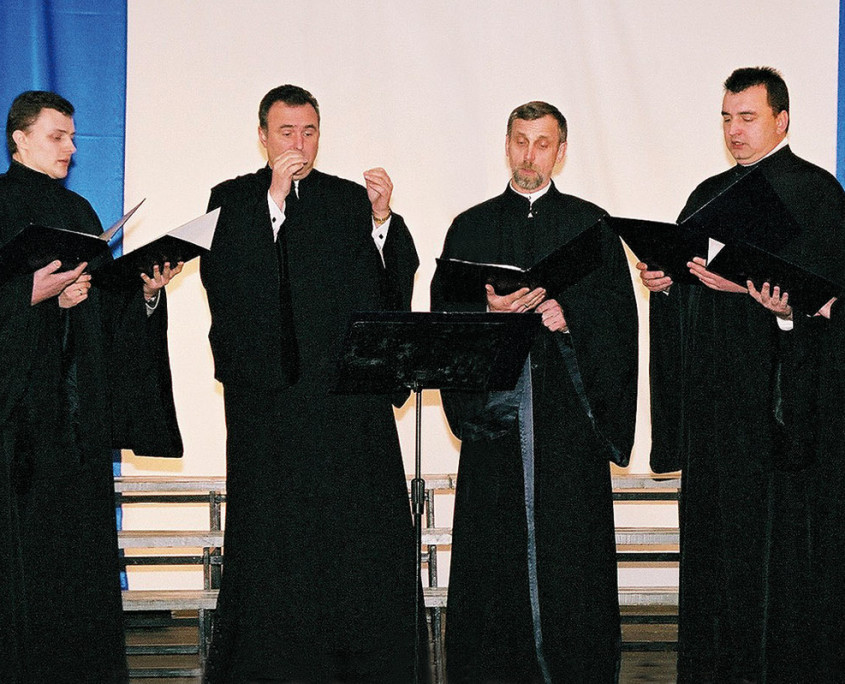 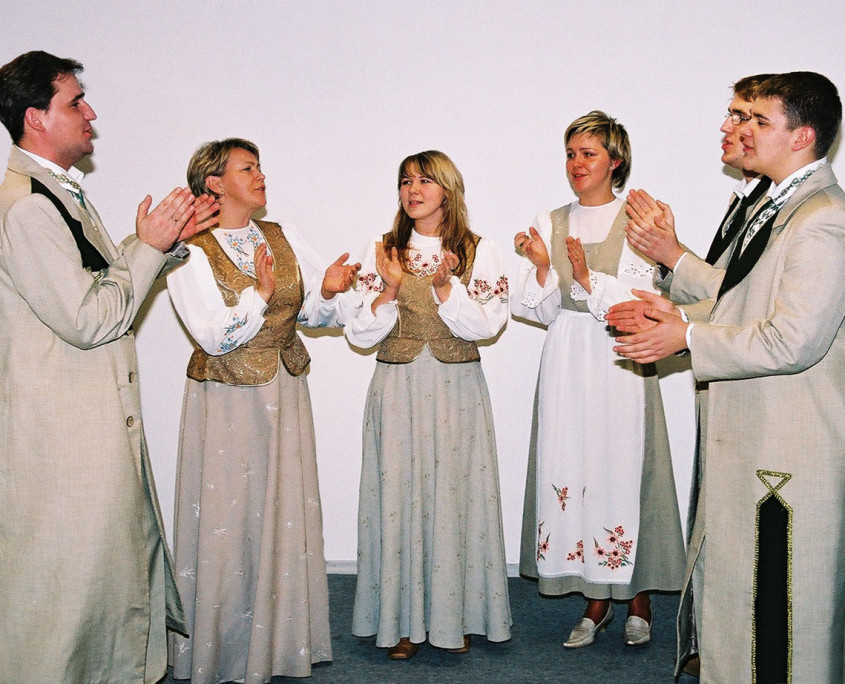 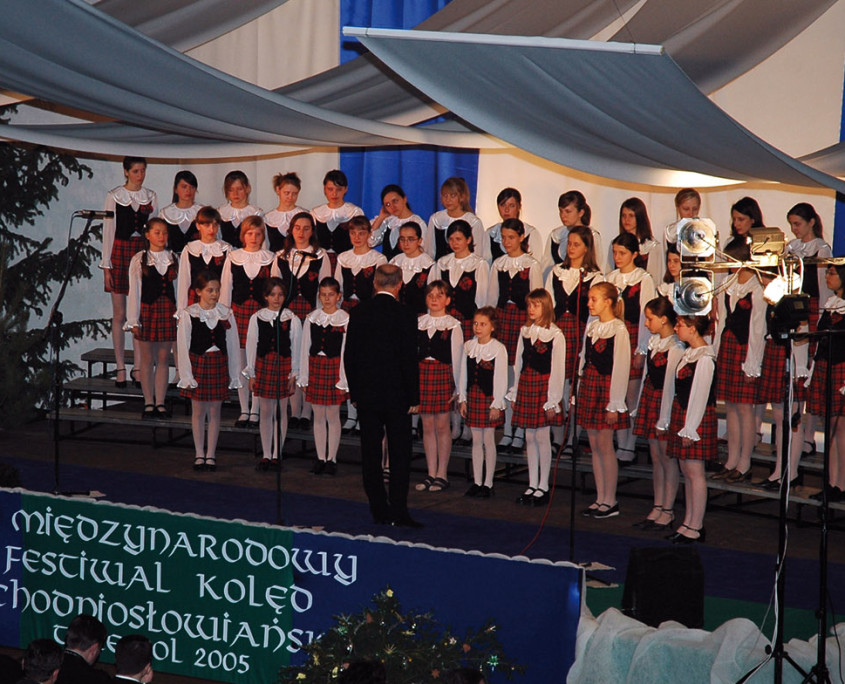 Despite the late January evening and the fatigue of participating in the carol for hours: those in the audience, in the backrooms, as well as a multitude of more than 900 performers felt that here in Terespol a big thing, unheard of elsewhere. That there is a true reconciliation of people with the Newborn Son of God

Archbishop Abel – Primate of the Lublin -Chelm Orthodox Diocese in the summary of the 10th edition stated m:

Orthodox Carols are a manifestation of the pulsating of religious life. As a song of praise, they express the joy of the faithful for their graces and divine benefactors. It is particularly pleasing that the Terespol caroling encourages Orthodox youth to seek out old, often forgotten carols and sorrels, so beautiful in the malorussian pronunciation.

The Terespol caroling was noticed by many audiences not always spiritually connected with the Orthodox Church. Jan Turski, then Secretary of State at the Office for Veterans and Repressed Persons, wrote in a letter addressed to Ryszard Korneluk of the then Chairman of the Social Committee:

Festival concerts are nurtured by the traditions of East Slavic Carols in Podlasie, and festival meetings are a special occasion for the presentation of the multicultural and multi-faith community of Central and Eastern Europe…

Terespol’s caroling was reported quite extensively by the media: radio, television and the press, including regional and local: Word of Podlasie, Eastern Journal, Gosciniec Bialski and Terespolski Goniec. Editor Marek Pietrzela from the Eastern Journal wrote:

This event has already gained due prominence not only in our country, but also outside its borders. In addition to the International Festival of Orthodox Music, “Hajnowka” became one of the largest cultural events in Poland related to Orthodox culture. It is also an ecumenical event. In addition to bands from Orthodox parishes and other centres, there are also Catholic choirs and groups representing secular cultural institutions, universities and music schools.

In turn, Jerzy Domanski, editor-in-chief of the weekly Review wrote:

For ten years, Terespol became the heart of Slavic carols, proving that church music is simply needed. Although the notes around the world are the same, the emotions provided by the music in Terespol are unique – worth not only listening but also describing…

As well as many weeks of commenting, discussing and promoting Terespol caroling also in the virtual, online world. The next edition already and, would say, only in a year.